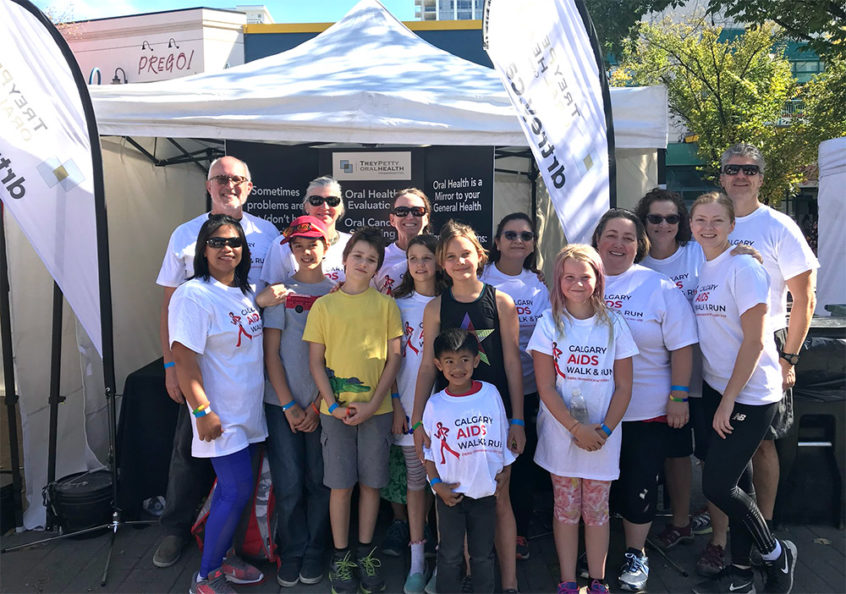 What better way to get ready for fall then by a crisp, autumn walk?

The Calgary AIDS Walk & Run is an annual event hosted by HIV Community Link. The hope is to bring Calgarians together to support and fundraise for those living with HIV. Trey Petty Oral Health was happy to be a major sponsor for this year’s Walk & Run, held September 22.  Many staff members and family participated in this well-attended event. 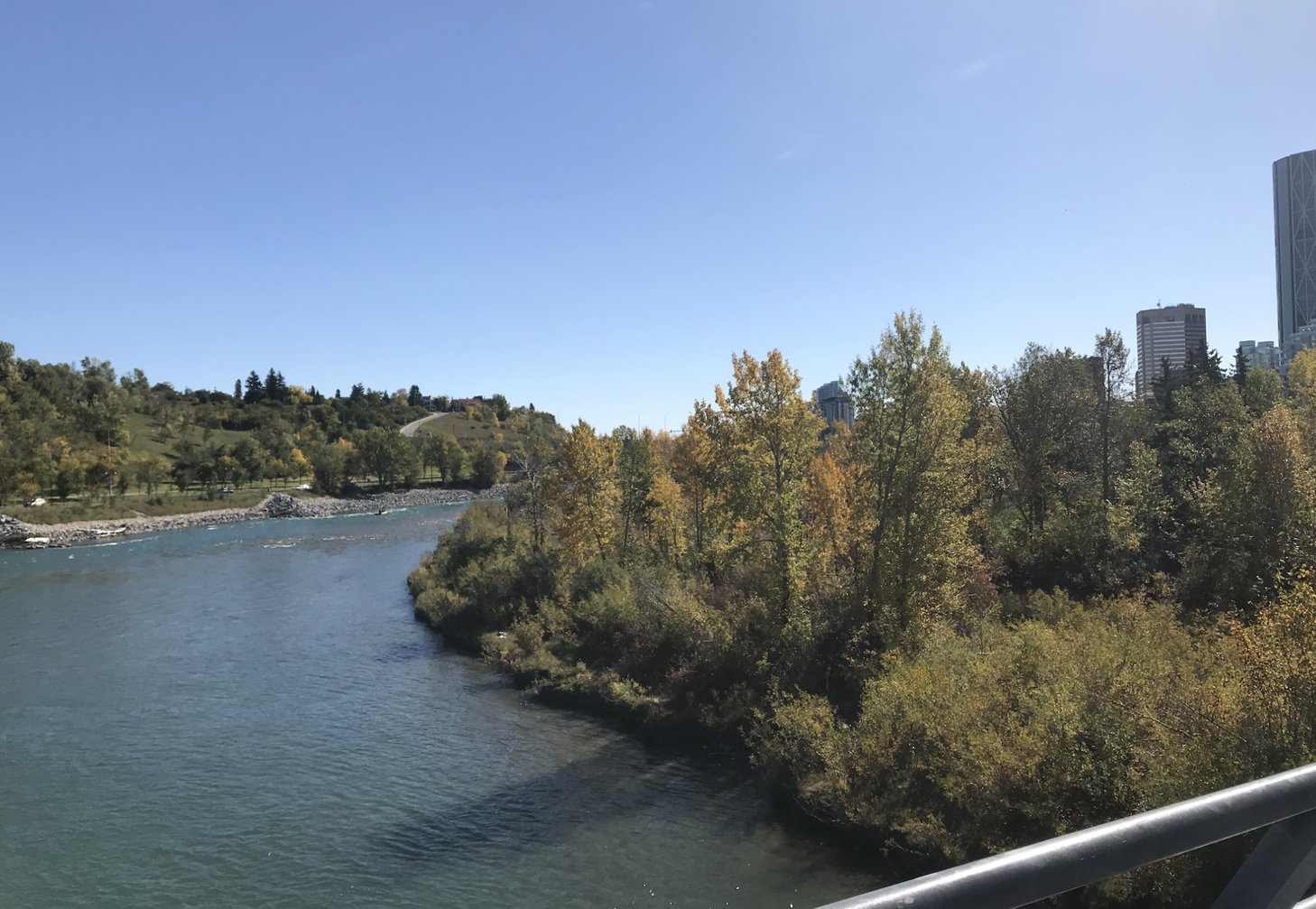 We had the opportunity to reach out to the coordinator of HIV Community Link’s HEAT Program, Mark Randall. During our correspondence, we asked him, “If you had one message you would like to get out to those who might be on Dr. Petty's website, what would it be?”

If I wanted to have something shared it would be this:

His response seemed too simple at first. We know these things. We learn these things in health classes and university, and this is the most current information available. These are things that we should already know. But that is the biggest issue. We SHOULD know, but we don’t. 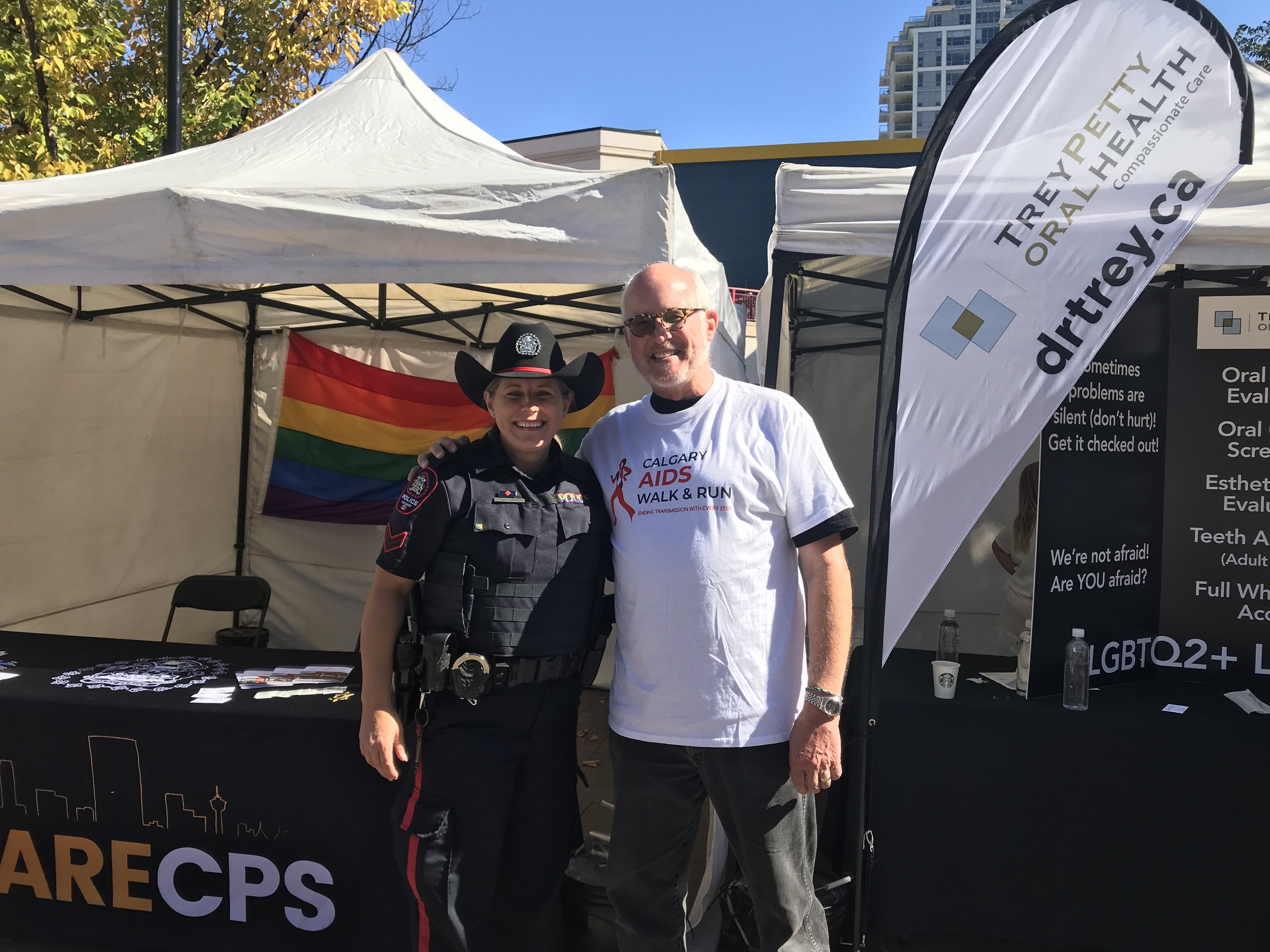 Dr. Petty has spent his career supporting and advocating for the HIV Community. He attended the very first Calgary AIDS Walk 25 years ago, and says he “hopes to be at the last one, once they find a cure or control for this devastating illness.”

These are Dr. Petty’s personal thoughts he shared in regards to the event.

In 1984, I was lucky enough to be working as a dentist in a hospital on the East Coast that was one of the first US hospitals to openly  accept people living with what was then known as GAY WAISTING DISEASE, later to be known as AIDS. We saw some of the first patients and developed part of the first protocols on how they should be treated.

In 1990, I was lucky to have been recruited to move to Calgary to establish the Dental Clinic at the Foothills Hospital, mostly because they couldn’t find a single dentist in Southern Alberta openly willing to treat people living with HIV or AIDS. I became the only dentist on their list.

I then became lucky to have established myself in the community, was asked to be on the Board of what was then known as AIDS Calgary, now Community Health Link, and was even lucky enough to have served as President, many years ago.

I was lucky to have been there for the first AIDS walk, and to be a part of this one. And if I’m lucky enough, I’ll be there for the LAST AIDS Walk, when this disease is finally gone.

Twenty years later, embarrassingly to my profession, there was still only one dentist, me, on the list of people openly willing to see people living with HIV.

There’s more now, thankfully. I have been lucky to have been involved in the care of so many wonderful people. People that I am proud to call my patients and friends, to have known their families, and feel a part of them.

My patients and friends living with HIV have been the most diverse group anyone could imagine. Diverse in their ethnicities, their backgrounds, and their gender identities.

I’m lucky to be here today with so many family and co-workers and friends.

I’m lucky to be able to support such a worthy cause, and be a part of the story.

Dr.Trey Petty
Dr. Petty has been providing compassionate dental care since 1984. After receiving his BA in Clinical Psychology from UBC, he studied at the University of Alberta, where he earned his BSc. in 1982 and his DDS in 1984. He has practiced in Calgary since 1989; he has served as Head of Dentistry and Oral Medicine at Foothills Medical Cen tre; as Regional Division Chief, Dentistry and Oral Medicine for the Calgary Health Region and Tom Baker Cancer Centre; and has led his own private practice at Holy Cross Hospital Centre since 2006.